A downloadable game for Windows

Your foolish curiosity leads you to face the unresolved mysteries of the forgotten depths. Collect the memoirs of the past and hold on to your sanity.

In Delirium the player will have to explore old and forgotten bunkers, caves and mines to solve the mystery hidden within these locations. Read through notes and find keys, all while avoiding the dreadful creature lurking around the hallways looking for their next victim. The player has no way to fight back, and must run and hide to save themself.

Delirium was developed by Colossal Alpha Frog from The Game Assembly Stockholm class of 2019. Using their in-house engine during their 7th game project spanning 15 weeks part-time (50%).

The Game Assembly is a Higher Vocational Education located in Malmö and Stockholm in Sweden. We educate game developers!

The Game Assembly’s curriculum’s in Game art, Leveldesign, Technical art, Game programming and Game Animation is written by the Swedish games industry and we continously have a dialogue about how to be in the frontier of game production.

Parallel with individual courses throughout the education our students are assigned to groups and together they create 8 games of various types, some of which you will be able to find on this page.

Is gaming and game development your passion? Are you interested in reading more about The Game Assembly and how to apply?

Scamma237 days ago
a
A bit late to the party, and a bit hungover too but hey, still had a GREAT time playing this

Finally got to play, here's my lil video:

I really quite enjoyed this one, although I did get a bit too familiar with the AI and the limitations, making me lose a little immersion. Definitely worth a play.

I love watching your playthroughs Chris, I've been a big time subscriber, just never knew you were commenting on the games you played until now. Thanks for the video, really great game too!

Thank you for playing our game and recommending it to others!

And yes, the game takes place in Sweden. Cool that you noticed.

Add .rar (Extract and Play) it will be good.

Reply
The Game Assembly1 year ago(+1)

We'll take that into consideration but I think for now I'm not sure the students will make another build!

Reply
Indie horror playthoughs1 year ago(+2)
After playing Besöket I was recommended to play this game and was NOT disappointed! Awesome vibes, scary enemy that definitely made me jump a few times and a story that I really got into. Also, did I bury everything? Including myself?? Awesome experience guys! Going to keep an eye on releases from The Game Assembly!!
Reply
The Game Assembly1 year ago(+1)

Super fun to hear and I'll be sure to mention this to our students! They'll be super please to see a fun reaction video playthrough from you! Thank you very much for taking the time and attention for our games, they've worked super hard on it and we are proud as educators to have them

they've done a fantastic job! Super keen to follow your students and see what else they come up with!

Reply
The Game Assembly1 year ago(+1)

We'll be looking forward to it! There's more to come!

I tried to download your recent game, but they are containing dangerous software and viruses. I just updated my program and it detects even the minor issues and viruses so, I hope you are going to fix that, because that's a problem. Thank you.
I posted this on your other game, which has the same issue.

I can't Belive you made this in 246mb . It is way better in graphics ,sound effects and playtime. Great Work

Thank you for playing our game!

Technical rant:
As for final file size I don't think we did anything special, or at leas not intentionally (from what I can recall). Our artists and level designers worked a lot with small reusable assets, but this was mainly due to  the (relatively) small team and short schedule.

Worth noting is that our students made all the tech driving the game. So the engine was developed along with the game by the team.

So one of the reasons they can keep the size relatively small is because there isn't a lot of clutter in the files. :)

If it was made in unity or unreal the size would probably double (at least) just in "un-used" stuff.

Thanks for commenting, they all deserve some credit for their games, a lot of hard work is put in to them! <3

Hi and thanks for checking out our students game! If you're into horror, feel free to check out "Besöket" that is also here listed on our page! 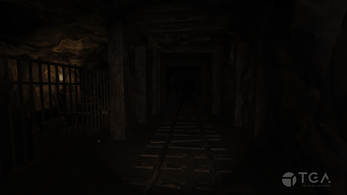 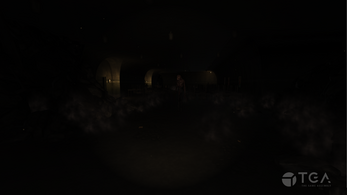 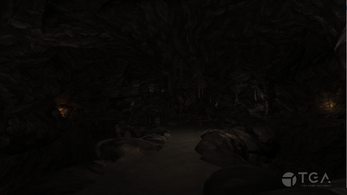 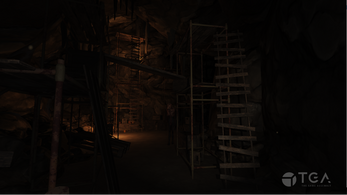 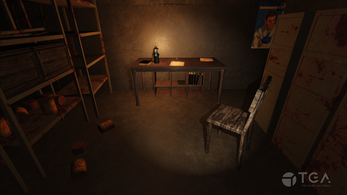